Get fresh music recommendations delivered to your inbox every Friday.
We've updated our Terms of Use. You can review the changes here.

by Film In Music 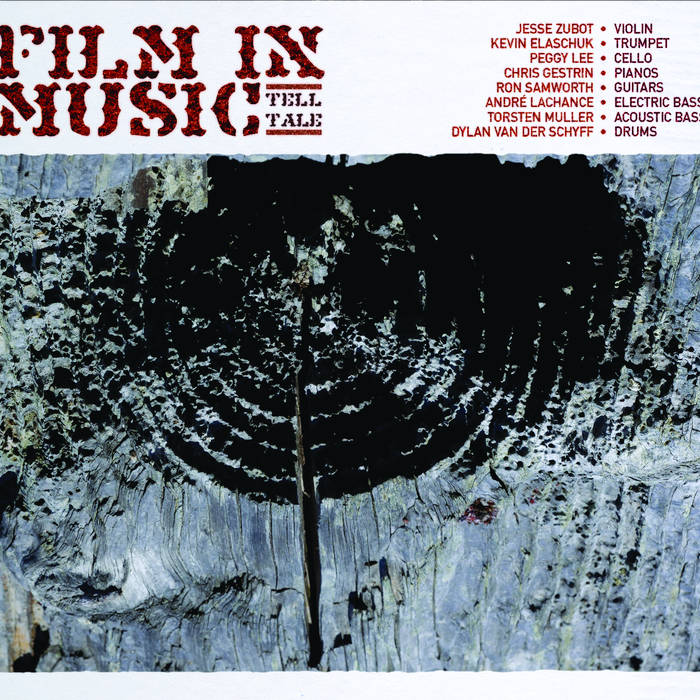 Film in Music is a project conceived in 2009 as a musical response to writer/creator David Milch’s brilliant HBO series, Deadwood. Forming an eight piece band of improvisers from Vancouver’s creative music community, Peggy likened the players to characters in a story and wanted to give them each a chance to voice their individual ideas in unaccompanied solos and in small ensembles within the framework of a musical suite.The eight composed sections of the music imply the arc of a story but they are also intended as launching pads for the players to then make extended improvised statements that take the listener on a journey that is never the same twice .

Film in Music premiered at the Ironworks in Vancouver in December, 2009

Recorded february 2014 at the warehouse Studio in Vancouver, Canada by Eric Mosher, and assisted by Ryan Enackson. Mixed and edited by Dylan van der Schyff at Zio Ouvo. Mixing manipulation, rewiring and mastering by Jesse Zubot at the Britannia Beach Bunker. Art and design by Lee Hutzulak. Band photo by Myriam Casper.

Bandcamp Daily  your guide to the world of Bandcamp

Sampa The Great joins the show to discuss her release, "As Above, So Below".